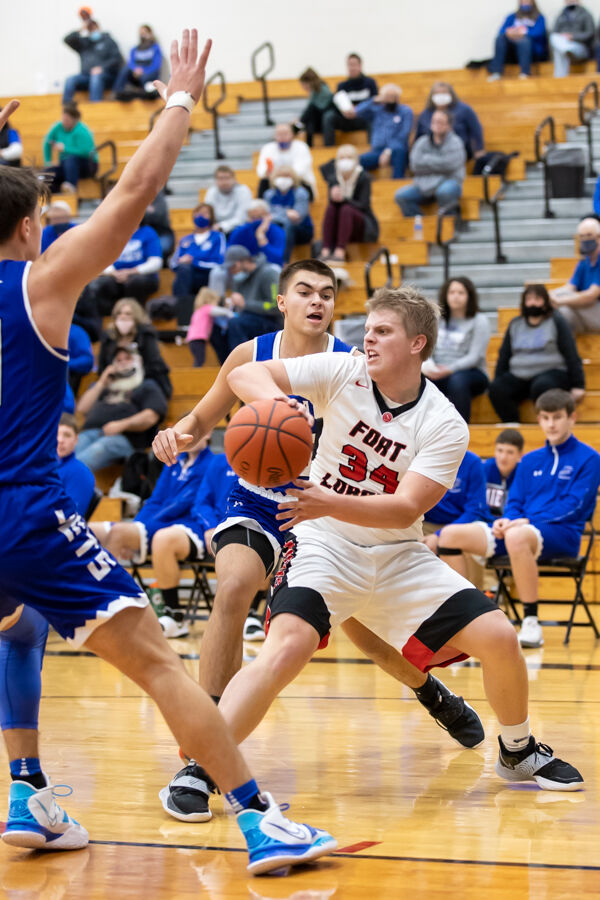 Nolan Berning drilled a three pointer from the left corner with 1 second left to give Fort Loramie a 46-43 win over Fairlawn. Fort Loramie started off really well scoring 16 first quarter points thanks to great ball movement and sharing of the basketball. Fairlawn would claw back in the second quarter taking a couple different lead, but Fort Loramie would take a 1 point lead at halftime. The third quarter saw the Redskins push their lead to as many as 5, but Fairlawn would keep coming back. Fort Loramie led by 5 again in the fourth, but a big three pointer from Cotterman cut it to one, and an offensive rebound basket by Ashton Piper tied it at 43 with 26 seconds left. Fort Loramie would run down the clock, but Fairlawn used a foul with 7 seconds left to force the Redskins to take it out. That is when Nolan Berning stepped up and hit a big three off a perfectly set screen by Grant Albers to win the game.